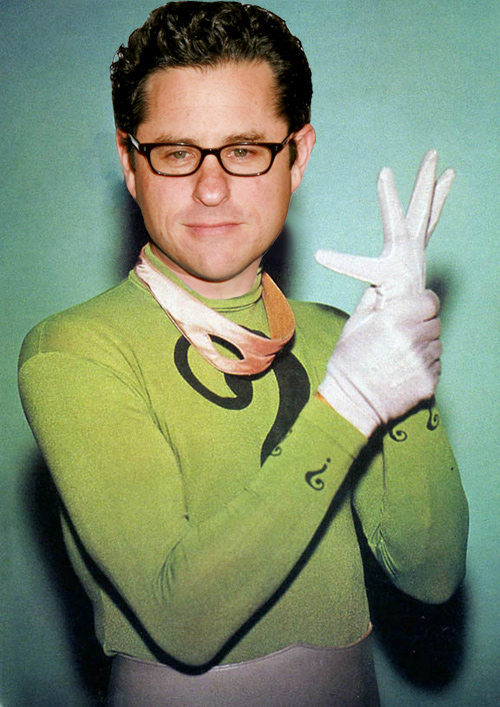 Alias, Felicity, Star Trek… Fine mysteries all, exciting adventures, thrilling journeys with insolvable puzzles at their hearts, but what else do they have in common? All are products of the creative genius of one man: Enigmatic writer and producer Jolly Jim Abrams. Within the industry of making television and cinema films in Hollywood, Abrams (49) is renowned as the up and coming go to guy for that certain je ne sais quoi. With a head literally bursting with riddles, puzzles and devilment, and decorated with puppy soft, breeze tussled curls, Abrams will surely delight and frustrate us in equal measure for decades to come.

But did you know, Abrams is not just a creators of mysteries, but also an aficionado, a man who enjoys a good puzzle as much and perhaps more than you? For the first time JJ’s been kind enough to grant Marshmallow Ladyboy Jesus access to the eight mysteries that tingle his curiosity late into the cold unfeeling night.

As a young boy, Abrams travelled with his father, also called Abrams, to the Lou Tannen Magic Store on Manhattan’s Lower West Side. There they purchased a magical box, filled with exciting tricks and embossed with the curious interrogative symbol that was to become Abrams emblem. Rather than open that box, JJ kept it, enjoying the limitless possibilities of what it might possess, the exquisite tension of his infinite ignorance, far more than any toy that could have lain within. 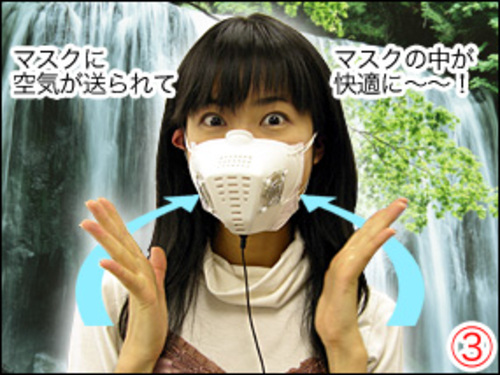 JJ is happily married with two talented children, the twin gymnasts Pierre and Princess Abrams, who so delighted us at Beijing last year. His wife, Akasuki Abrams is a success in her own right- her computer pet ‘Tamagotchi’ caused a Christmas sensation in the 1990’s, and it’s follow-up the dancing vacuum ‘Happy Vroom Vroom’, is expected to do equally well this holiday season.

A formidable woman, Mrs Abrams is likely attractive, but the world may never know. At their first romantic meeting on a packed Harajuku hypertrain, the future Mrs JJ happened to be wearing a ‘hygiene mask’- an accessory common in the germ phobic Japanese capital. Delighted by her enigmatic ambiguity JJ insisted Akasuki continue hiding her face as their relationship progressed, encouraging his future wife to don a succession of veils, chador and helmets. The happy couple were eventually married at a pitch dark ceremony in the Goa Jepang caves at Pyongyang. To this day Akasuki’s lower head remains an intriguing puzzle, as all photographic evidence of the girls chin and cheeks have been destroyed.

JJ Abrams, like Genghis Khan and generations of Australian backpackers before him, has literally no idea how many children he may have sired. In addition to his acknowledged heirs, twins from his current marriage, and a large hairless child ‘Porridge Hyacinth Abrams’, borne of an ill advised liaison with Milli of 80’s popsters Milli Vanilli, Abrams is likely the father of thousands of anonymous children. Exact figure are unsurprisingly a mystery, but Abrams admits he enjoys knowing that every child he passes in the street could be his own. Interviewed at a red carpet premier in 2006, Abrams spoke of his ‘Bastard baking technique’, a hobby involving cat burgling poorly guarded sperm banks, to replace their juicy tubules with vials of his own powerful seminal fluid. Whose your daddy? In all likelihood, it’s JJ Abrams.

It’s difficult to believe, but we can confirm that this one is absolutely true. Not only has JJ Abrams, skilled TV creator, amateur magician, and professional intrigue weaver failed to behold his lady wife’s puss, the man has never beheld his own face. Strict Hasidic Mormons, Abrams parents raised him in a house without reflective surfaces. Although he has long since abandoned the religion of his birth in favour of the ancient Dionysian cult of hedonism, JJ has maintained this odd superstition.

Refusing to watch his interviews, and never leaving the house without his patented reflection blocking contact lens, JJ Abrams may be the first man in history with no idea of his own appearance- except for blinds.

Consternation erupted in 2005 when a militant group of anti-fans swathed JJ’s plush Hollywood villa in a series of enormous placards depicting his gurning mug. Disaster was avoided when Abrams flew in magician and NLP sex man Darren Brown, who cunningly implanted an hypnotic suggestion, forever protecting JJ from accidental exposure to his admittedly handsome face.

JJ Abrams doesn’t know which way the cookie crumbles, and he likes it that way.

The offside rule remains a confounding puzzle to soccer fan Abrams, though it has been explained to him many times.

Mystery 8 – The End of Lost

Research carried out by sweet rouged Marshmallow reporters has confirmed something fans had long suspected, despite claims to the contrary, JJ Abrams- the genius behind hit series Lost, has literally no idea how the programme will end. “The fucker makes it up as he goes along”, one colleague, then disgruntled, now former, told us, and this does sadly seem to be the case.

Records obtained by stealing from the offices of Abrams Production company ‘Interobang’, demonstrate conclusively that little thought has gone into the final season of the show- due out next year.

The notes, which range from slightly vague to utterly incoherent, are written in Abrams own hand, and consist primarily of brief sentence fragments, with curses and colourful epithets thrown in the margins. Fans of the show will be crestfallen to realise that the ‘Smoke monster’, a hoary puzzle which has remained unsolved since the pilot episode, will be explained as a “trick of the light, giant cigarette, radioactive Hurly guff”.

If you saw the lower half of this picture, you would literally vomit

Abrams’ notes are illustrated by crude, child like sketches of on-again off-again couple ‘Jack Shepard’, and ‘Kate Austin’, engaged in a variety of carnal activities, some of which appear physically impossible.

So called ‘Superfans’, members of the public who’ve devoted tens of thousands of pages to intricate theories explaining seemingly contradictory elements of the show, from time travel to messages from the dead, are likely to be infuriated by the ‘Big Reveal’, described succinctly with the line “Purgawhatsit?, Every one is robots?, It was all a dream!”

* Mystery 7 is a mystery