Some months ago the Block T gallery and studios in Smithfield, organised a show of an enormous number of european visual artists, called Link Culturefest. At the show I noticed the work of an enormously talented sybolist / pop-surrealist painter and sculpter Franck Omer. I’d never organised a residency before, but I took a chance and contacted Franck about potentially returning to Ireland to work and show his pieces at Exchange Dublin. I’m incredibly proud to say that Franck has been kind enough to join us for the month of December. The show, inevitably a response to the impending end of the world, is called ‘Apocalypse Calypso’, and launches in the gallery on 12.12.12 at 4PM, all welcome.

Check out some images of the show set up below. 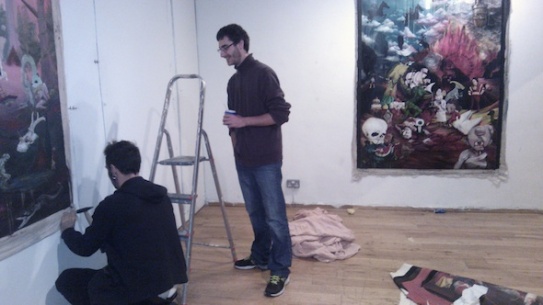 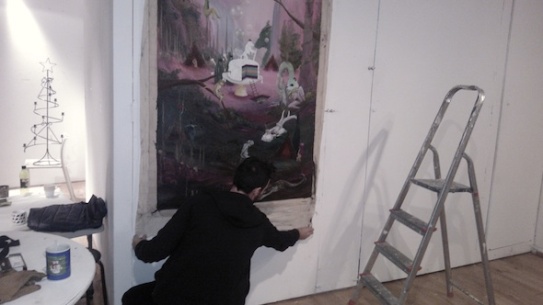