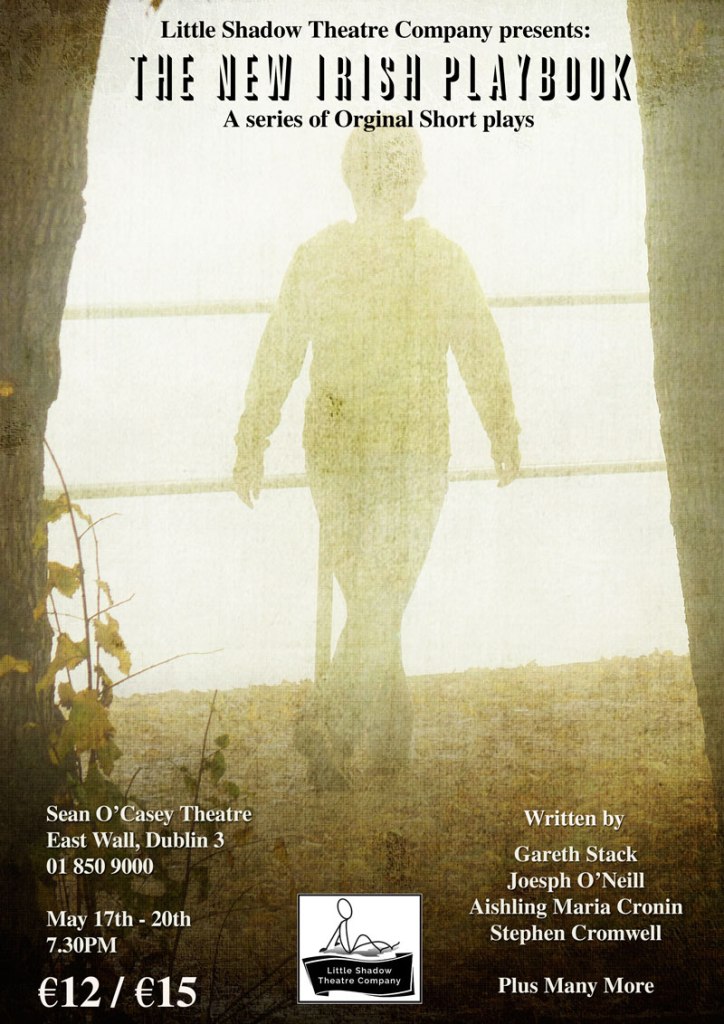 Really excited to announce my first stage play is coming to Dublin, courtesy of Little Shadow Theatre Company. The piece is a short (15 – 20 minutes), and it’s being staged along with a variety of other pieces by emerging playwrights as part of a show called ‘The New Irish Playbook’. It’d be an understatement to say I’m nervous. This is the first time I’ve had my work directed and produced by someone other than well, me. Luckily I know the piece is in able hands, having been lucky enough to work with producer Joe O’Neill and co-star Danii Byrne in the past. Here’s the blurb…

One Night, Forever Ago is a play about the consequences of an ambiguous accusation. Peter and Laura meet at a cafe, years after the collapse of their relationship. Conflicting motivations gradually emerge. Peter wants to rewrite history, forcing Laura to own up to a lie. Laura wants to make Peter admit to what he did, one-night years before. The play moves back and forth in time, between their afternoon meeting, and the night of the incident. The play’s themes include the grey area of consent, and the volatile nature of adolescent sexual relationships. This is a story of misunderstanding, misplaced blame and accepting responsibility.

Poster image based on ‘You Lost me in your dreams series‘ by Nick Kenrick, Creative Commons attribution 2.0 Generic.