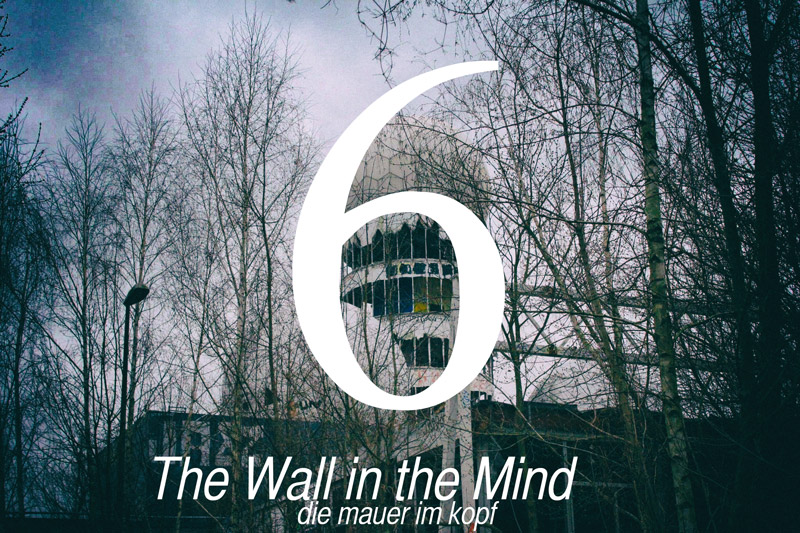 Download: The Wall in the Mind – 6 – Die Mauer Im Kopf

Claire meets an old friend at the abandoned CIA listening post at Teufelsberg (Devils Mountain). As a storm begins, Claire learns the truth about what happened to Emil. Violence, death, and horrible secrets from the past finally exhumed, in the final episode of The Wall in the Mind.

The Wall in the Mind

The Wall in the Mind  is an original radio drama series, scheduled to broadcast on Newstalk 106-108fm, Saturdays at 7AM and 10PM GMT over the next three weeks.

The drama explores the consequences of the imprisonment of an Irish woman in East Germany before the fall of the Berlin wall. The series combines a variety of innovative storytelling and sound production techniques to create a thrilling drama linked to real historic events. Listeners travel back and forth in time, as Irish woman Claire O’Hanlon tries to make sense of her experiences as a teenager in communist East Berlin and to solve the mystery of her vanished first love, Emil.

Writer / Director Gareth Stack travelled to Berlin to research the historic locations featured in the series. There he explored the ruins of the paramilitary police barracks, where on 7th and 8th October 1989 hundreds of East German protestors were held in one of the last desperate acts of a tyrannical regime. Thousands marched as the communist government faced revolution on the streets. Those unlucky enough to be arrested were tortured by the notorious ‘Volkspolizei-Bereitschaft’ paramilitary police. These events inspired a story that explores the marks history leaves on the lives of ordinary people.

You can subscribe to these bonus episodes, and download or stream the podcast of ‘The Wall in the Mind’ at the following places – iTunes, RSS, Soundcloud.