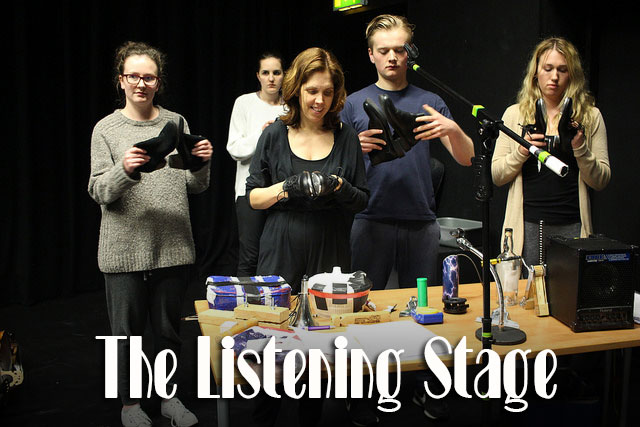 Probably my final two radio productions (at least under the sound and vision scheme), were both completed last year. By coincidence they’re both coming to air really soon.

Each year, legendary radio dramatist Roger Gregg teaches a unique intensive course in radio drama. The Listening Stage follows students of The Gaiety School of Acting’s radio drama course, as they pursue their hopes and dreams of fame. This fly on the wall doc embeds us in Roger’s annual weeklong workshop, introducing actors to the exciting world of audio theatre. The course culminates in a live performance of a radio comedy. We follow the crafting of this production from initial script reading to rehearsals, to the development of sound effects and music, the creation of memorable characters, all the way through to the final performance. Taking a look, for the first time ever, behind the curtain of this legendary drama school’s radio drama workshop.

You’ll also be able to stream the show from Soundcloud, or download it from the Dead Medium Podcast right after broadcast.

Mic Drop is a new one off drama, starring Adam Tyrell, fleshing out the play of the same name that debuted to critical acclaim at the ‘Scene + Heard’ Festival in Summer 2017. This one-man show tells the story of Irish web entrepreneur Perry Pardo. Perry is the living embodiment of the new Ireland. A working class boy made good, Perry moved to San Francisco to make his fortune, and now he’s back to teach a room full of eager listeners how to replicate his success. This satirical business seminar rapidly descends into a dark exploration of contemporary Ireland, as Perry’s hard partying catches up with him and he undergoes a breakdown – revealing his background and failings through fragments of story and song. In the process Perry reveals the anxieties and hypocrisies that can underlie the success stories of Irish entrepreneurship, and the dark side of wealth.

You’ll also be able to stream the show from Soundcloud, or download it from the Dead Medium Podcast right after broadcast.