Any Other Dublin was a “documentary series”, broadcast on Dublin City FM. The series follows the trials and tribulations of six ordinary Dubliners, as they navigate recession Ireland. The show broadcast in August 2013.

Clips
Episode 1 – clip – Bernie, a former property developer whose fallen on hard times, struggles to deal with the realities of an open relationship

Episode 2 – clip 1 – Oisin, a financial services analyst and pick up artist provides some advice to a young friend about the game 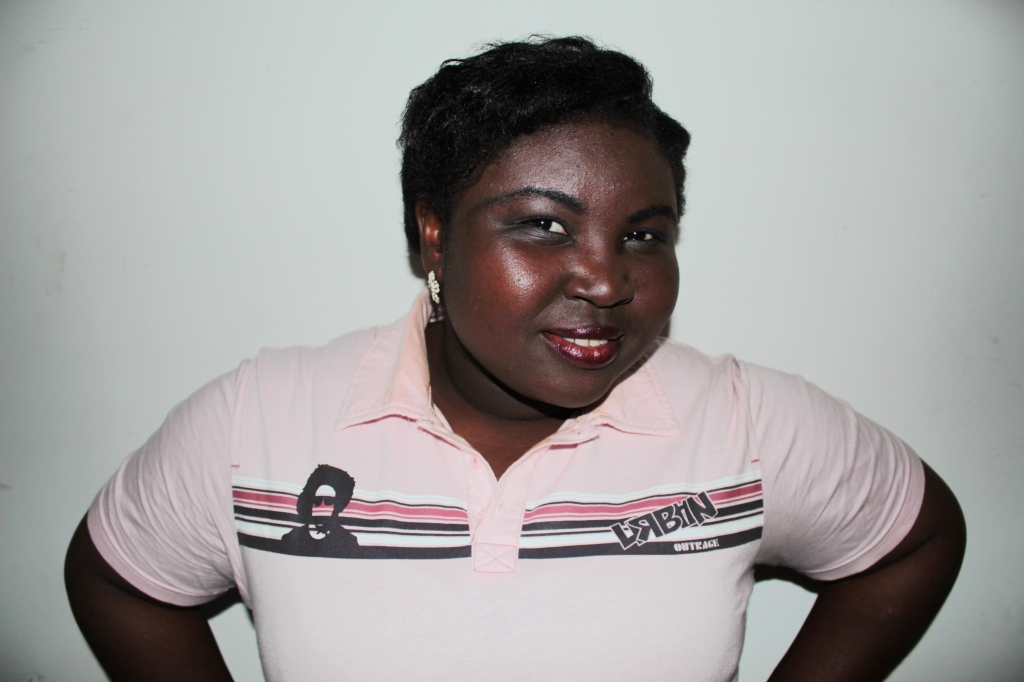 Meet Fatuma Abdullai, a bright brash energetic new Irish citizen. Join her as she seeks love in the big bad city, in the final episode of Any Other Dublin.

Fatuma is a recent immigrant from the African nation of Liberia. Fatuma runs her own mobile phone and religious accessory store on Moore St. Fatuma is a Charismatic Christian with an interest in angels and spiritualism. Fatuma is a naturally friendly person, who feels cut off by Irish reserve and socially excluded. She is seeking a husband, having decided to start a family. Circumstances are forcing her to engage with the wider society in a new way, and she must deal with the evitable conflicts, culture shock and misunderstandings.

Martha is a Tech entrepreneur and divorcee, who owns and runs her own Web 2.0 business – WebbildyBooboo.ie. Martha considers herself an inspiration to women everywhere, especially her many loyal minions employees. Marta is raising money for charity, hoping to raise enough to get a free cycling holiday in France.

Sean Og is a political activist, amateur clown, psychonaut and raw food vegan. He’s currently training as a sex positive psychotherapist. Sean Og was involved in Occupy Henry St, and has campaigned at Rosslare against the Tesco pipeline. Sean Og’s worldview is in crisis as he attempts to balance the demands of becoming ‘respectable’ with his countercultural ideals. His socially unacceptable conspiracy theories, use of psychedelics and interest in the occult come into conflict with his attempts to become a ‘professional’. John is in a long term relationship with an asexual woman’Bríd’, who’s currently finishing her PHD, and he’s having difficulties accepting her sexuality.

The second set of episodes from Any Other Dublin kicks off Monday, for now check out these outtakes from Episode 2. 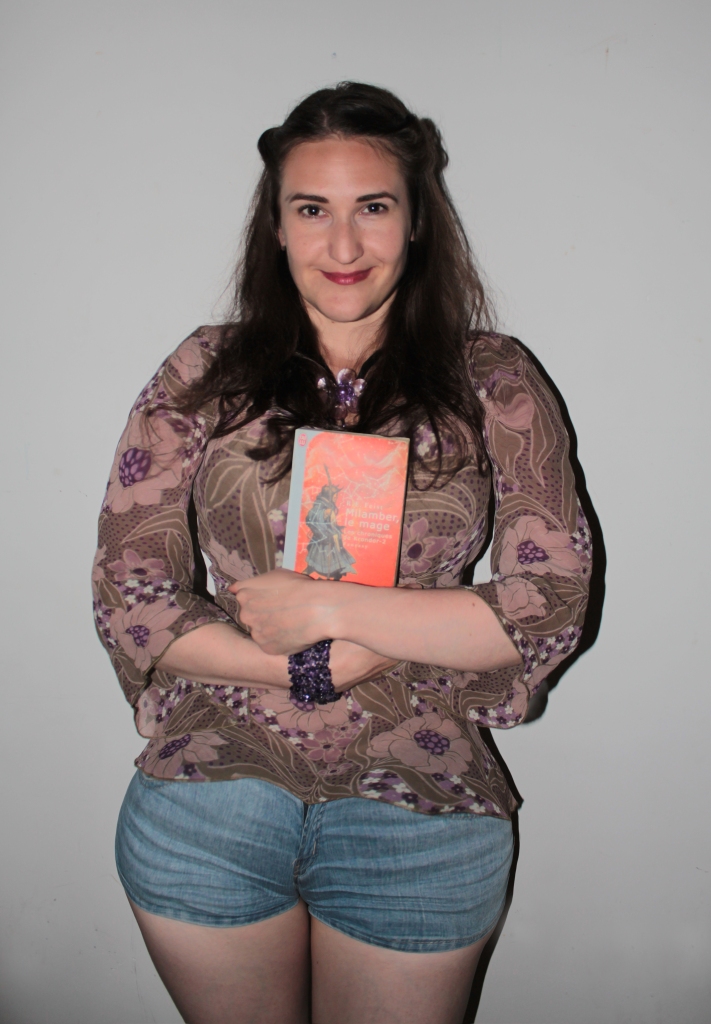 Jolita Grīnberga a young Irish writer. Jolita struggles with a lack of creative recognition and the caprices of an unappreciative universe.

Jolita is young creative woman, originally of Latvian origin, who writes and performs on top of her day job. She’s currently attempting to become the next Kindle publishing sensation. Jolita is active member of the Dublin live action role play and burlesque communities. Despite her many creative outlets, Jolita struggles with low self-esteem and weight issues. Jolita works by day in a call centre, doing surveys for the Dept of Agriculture, and lives with her best friend Sebastian, and her cats Lord British and Noroku. She has a second job in a craft market – selling her own hand-made corsets. Jolita’s parents are members of a new religious group. Although warm and supportive, they’re eager for Jolita to marry and settle down. Jolita’s dream is to emigrate to London, to live in Camden and write for Coilhouse magazine and publish her first novel. 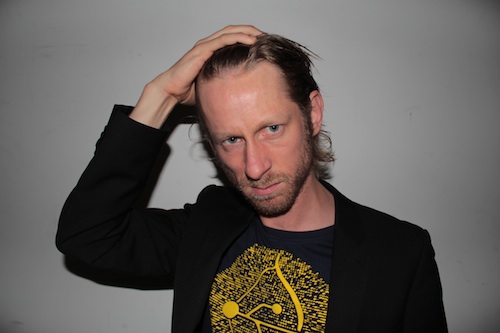 Oisin Kylemore is a pick up artist, a pro-gamer, and a troubled young man. Join him as he shows you another side of Dublin.

Oisin works for one of the ‘big three’ financial services firms in the IFSC. With no time for relationships, ‘love is just another transaction’. Oisin frequently visits his mother (his only surviving parent) at her nursing home – but seems unable unable to forge a meaningful emotional connection to her. When not working 50 – 60 hours a week at his high pressure job. Oisin indulges his hobbies: Martial Art ‘Jeet Kune Do’, and the video game Team Fighter 2. Oisin is in some ways a ‘new man’, putting great emphasis on his appearance, health and fitness; and is a follower of the currently trendy Paleolithic ‘cave man’ diet. Oisin is also part of the men’s rights movement, and considers himself an able ‘pick up artist’. Oisin has a court date approaching, resulting from a violent incident which arose out of his issues with alcohol, and it appears as though his carefully managed life might not be all that it seems.

Meet Bernard Noonan, in many ways a typical Dubliner. In the first episode of our six part series, we follow Bernie as he struggles with life and romance after the boom.

Bernie is a former property developer, who served a brief sentence at Portmarnock prison for an unspecified offense, after his company went bust during the construction industry crisis. He’s now attempting to get his local community gardening scheme off the ground as a business – but is facing opposition from the volunteers who founded and run the scheme. Bernie believes social entrepreneurship is key to ‘getting us out of this mess’, and faces an uphill struggle to convince others of his vision. After the collapse of his company, Bernie’s marriage ended, and he now lives with his former personal assistant, Wiola. The pair struggle with adjusting to the changed power dynamics of their new relationship circumstances.

One of the Dublin characters profiled in Any Other Dublin, is aspiring authoress and burlesque performer, Jolita Grīnberga. Jolita, who’s had great difficulty finding a publisher for her unique work, has asked that we profile it on this site. We’re proud to present a segment from Jolita’s first ‘sexy centaur’ novel, the first book in her ‘Chronicles of Centauria’ series.

Extract, accompanied by music from String Quartet No1. in A Major by Alexander Porfiryevich Borodin.

END_OF_DOCUMENT_TOKEN_TO_BE_REPLACED

Video from the Set

Photos from the Set