A new series in which psychologist Dr Andrew P. Allen and writer and broadcaster Gareth Stack, turn to psychology for answers about our minds, brains and personalities.

Todays Question – Is Psychology Unethical? We take a dive into the history of ethical abuses within the discipline, discussing infamous experiments like the Milgram Obedience Studies, Harry Harlow’s monkey attachment research, and the Stanford Prison Experiment. We also take a look at how psychology has been applied unethically, in programmes like the CIA’s MK Ultra research, in ‘conversion’ therapy with gay people, and more recently as part of the American black site torture programme. Has this history of ethical abuses made psychology too cautious today – blocking useful avenues of research? Or, by contrast have we yet to atone and do enough to prevent future ethical controversies.

Finally we’ll discuss the process researchers need to go through today to have their studies approved.

Special thanks to Richard Roache.

Logo rendered in Blender, based on Brain by dgallichan, Bulldog smoking pipe beyondmatter and Felonous Fedora by Jacob Ragsdale. 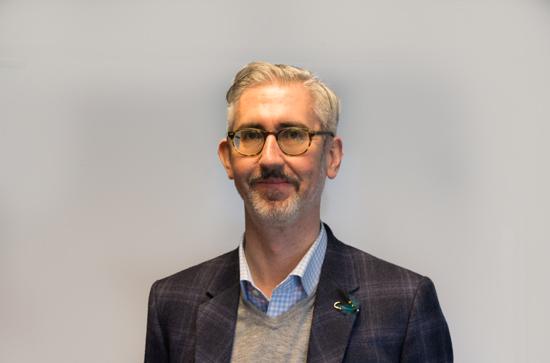 A new series in which psychologist Dr Andrew P. Allen and writer and broadcaster Gareth Stack, turn to psychology for answers about our minds, brains and personalities.

Todays Question – Can we trust our memories?

Special thanks to Richard Roache.

Logo rendered in Blender, based on Brain by dgallichan, Bulldog smoking pipe beyondmatter and Felonous Fedora by Jacob Ragsdale.

Richard Reed Parry of Arcade Fire fame is bringing a unique piece to the Aula Maxima at UCC this evening. In collaboration with physiologist Professor Ken O’Halloran, and neuroscientist Professor John Cryan, he’ll be performing a piece called ‘For Heart & Breath‘. Released as an album last year, in live performance the piece relies on measures the breath and heartbeats of its performers to create a feedback loop of performance and appreciation. I headed down to UCC to speak with professor Ken O’Halloran about music, physiology and the often surprising links between art and science, breath and brain. 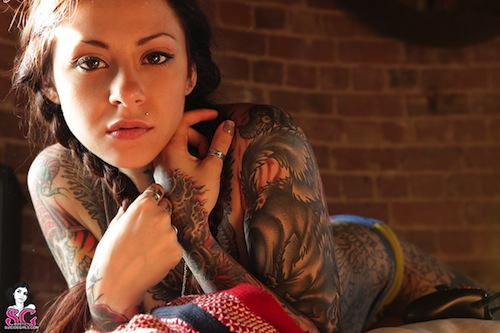 This weeks episode totaled out at over 90 minutes! But we enjoyed it so much, we wanted to let you listen to the lot. It’s now available as three separate parts

For decades polygraphs have come under such criticism for their unreliability, that they are not submissable as evidence in many jurisdictions and ‘defense’ senarios [1].
Now neuroscientists testing changes in brain blood flow during lying claim they can attain a 90% accuracy on lie detection.

Although this method (involving enormous MRI machines) is not courtroom viable, could it one day lead to a functional method of determining falsity?
Clearly an improvement on the polygraph, the usefulness of any kind of lie detector may always be obscured by three factors

Antisocial personality disorder (commonly referred to as Psychopathy / Sociopathy) individuals are capable of dishonesty without any overt physiological changes
Mentally ill or intentionally decieved testees may test negative, but be unaware of the ‘untruth’ of their statements
Even a perfect lie detector can only detect lies, not untruths

Is this really detecting dishonesty, or merely stress, like a GSR test

Have researchers developed a non invasive method of mind controlled computing [3] ?
Previously electrodes had to be implanted in the brain to allow such control
It is questionable if this really represents a route to hands free control – simple two command binary control at the moment; biofeedback currently allows more dynamic control

The revolutionary world of protyping machines [4]

Genetic Algorithyms are evolving, and hold the promice of revolutionising software development [5]

New MIT project aims to produce hardware for the developing world [6]
Neat features like Crank powered, tablet / notebook / ebook configurations
This may be useful for NGO’s, but its price point is many times the monthly income of an entire village or slum in many developing regions

Parent use tech to keep tabs on thier kids [9]
From grade reporting smart cards, and tracking GSM phones, to chiped cars; parents in the US now have an array of technologies to track and control their offspring

MS back HD DVD over Blu-Ray

Bad news for the Blu-Ray consortium, as MS back HD technology in Vista [10]
MS Claim that HD tech has simply delivered better results outside the lab, and the Blu-Ray group have not managed to achieve many goals outside lab, but is this a strike at the PS3 and Sun?
Sonys PS3 will use Blu-Ray technology for its backup media, and Suns Java mobile has been chosen as Blu-Ray’s ‘interactivity layer’
MS claim – blu-ray does not yet allow user backup, support backward compatible hybrid disks, requires expensive upgrades to fabrication facilities, and has lower 20gig vs 30gig real world capacity
The Blu-Ray disk association has released a press release which denys each of MS’s allegations in turn[11], they claim

Blu-Ray’s launch capacity will be 50gigs
Copying will be a function of the copy protection system which is the same in both formats
HD DVD is also not natively compatible with DVD, unless Red lasers are added to the DVD hardware
Java is better than the MS proposed interactivity layer

Suicide Girls in the News

Mit graduate student designs the first effective lifelog. Nothing will ever be the same. [16]
The system, which he intends to commercialize and build into one portable device, records all a days conversations, translates them to text with speech recognition software, and tags each conversation with meta data memory triggers like news events contemporaneous with the conversation

The controversial solo journalist and independent media blogger takes citizen journalism to the next level with a contract from yahoo [17], a new step for the media giant
Site was previously best known for U.S. filming a US Marine shooting a wounded Iraqi insurgent in a Fallujah mosque
Yahoo aim to “cover every armed conflict in the world within one year, and in doing so to provide a clear idea of the combatants, victims, causes, and costs of each of these struggles – and their global impact”.
Sites will be yahoo’s sole correspondent “deliver(ing) stories via a five-fingered multimedia platform of text, photography, video, audio, and interactive chat”

Ever wonder why you’re getting cavity searched every time you use an airport? [18]
Turns out there are 2 seperate lists, nofly and the ‘selectee’ list
Erroneous entries can only be removed by the law enforcement agency which added them; ‘the terrorist screening centre’ exists to double check these names
Agencies can add individuals to these lists for any reason or none. They make no sence from an anti terrorism perspective
Even sharing a last name with a known alias of a ‘suspected terrorist’ is enough to land on the list, which can be a nightmare to get off
Nun faces another no fly screwup [19]

Corrupt torrents spring up on bittorrent trackers. [20]
These torrents incorrectly report the number of seeders and leachers to trackers, falsly inflating their popularity, and crash out at 97 – 98%
They have appeared on both MiniNova and MyBittorrent, and all orginate from the same IP
Are these the first volleys in an attack on bittorrent?
Could these be the work of Movielabs [21], and company formed by six of the hollywood majors to attack peer to peer services
If you’re worried about your privacy, we recommend the PeerGuardian 2.0 software [22], which is compatible with many P2P programmes