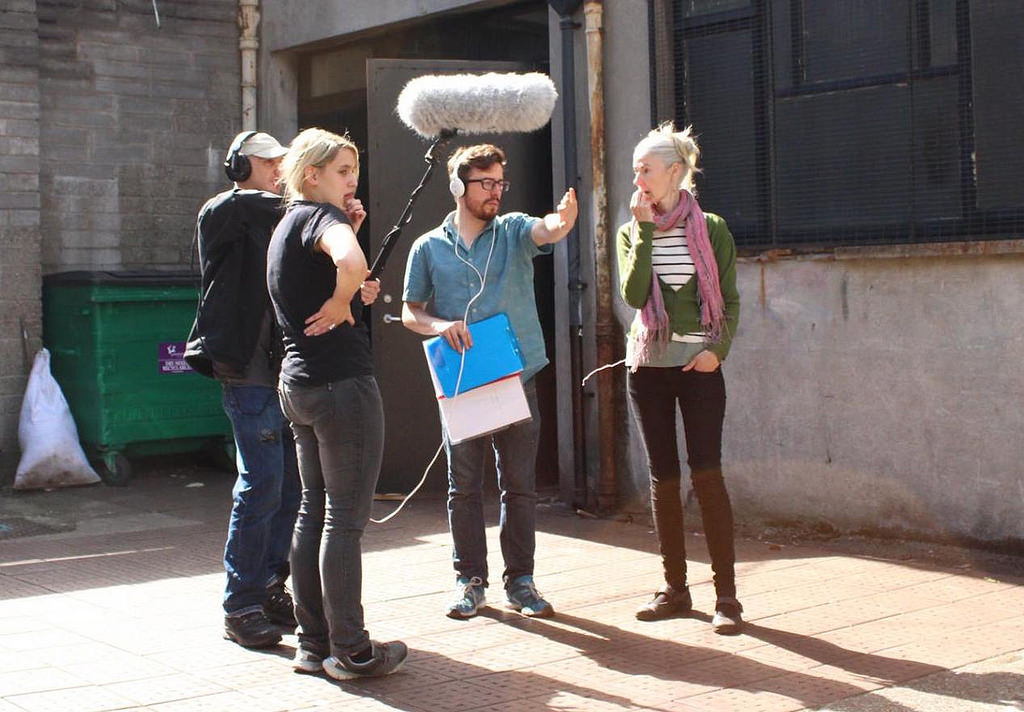 The Broadcast Authority of Ireland this morning released the results of their latest funding round. Dead Medium Productions was awarded funding to develop three new programmes.

The Muse Unbidden is an exciting one off drama from one of Ireland’s most influential radio dramatists. The play, a success on stage at the Collaborations festival in Smock Alley theatre in 2012, follows a group of would-be poets enrolled in a performance poetry workshop led by a charismatic and unconventional teacher. Using music and dream diaries, the participants are cajoled into finding and surrendering to their personal muses. As the workshop progresses they travel a rollicking odyssey of confession and self-revelation, giving voice to their obsessions, desires, wit, pain, and memories. For some their uninhibited self-expression leads to joyous catharsis, for others to grief and loss. The play satirises the world of performance poetry, blending music and poetry to create an original and entertaining programme. This satire on modern poetry and self-discovery, written and directed by Roger Gregg will feature an original musical score performed and recorded by a cast of multi-talented actor-musicians.

Each year legendary radio dramatist Roger Gregg teaches a one of a kind course in radio drama. The Listening Stage is a documentary following students of The Gaiety School of Acting’s radio drama course, as they pursue their hopes and dreams of fame. This fly on the wall doc follows Roger’s annual week long workshop, introducing actors to the exciting world of audio theatre. This intensive course culminates in a live performance of a radio comedy. We’ll follow the crafting of this production from initial script reading to rehearsals, to the development of sound effects and music, the creation of

memorable characters, all the way through to the final performance. Taking a look, for the first time ever, behind the curtain of this legendary drama school’s singular radio drama workshop.

Migrant Fictions, for Near FM 90.3

Migrant Fictions is an ambitious new drama project, bringing together the talents of a diverse group of immigrant writers to capture their experience as émigrés to Ireland. German-Polish writer / director Dominik Turkowski developed five short drama scripts through workshops with writers from the immigrant community. Their stories capture the varied experiences of newcomers to Ireland. This project provided the opportunity for immigrants to articulate their experiences in their own words, through five short radio dramas. These dramas were devised collectively by the immigrants themselves, and connect in profound and mysterious ways that reflect with humour and humanity what it means to be a migrant in Ireland today. Featuring new work from Chandrika Narayanan-Mohan, Tina Brescanu, Özgecan Kesici, and Dalia Smelstoriute.

This decision follows on from our previously successful programmes under the scheme Getting into the Game (Newstalk), The Bee Loud Cabaret (RTE Lyric), The Wedding Tree (Newstalk), The Wall in the Mind (Newstalk), Mad Scientists of Music (Near FM), Any Other Dublin (Near FM), Choices (Dublin City FM), and Been There; Seen There (Near FM).

Ever wondered what men get up to when there aren’t any women around to ruin things? Lads is a film about two perfectly ordinary fellas, doing the things that fellas do, together. The timid Bill has just been dumped, luckily his charismatic best friend and housemate Ted, is on hand to cheer him up.

END_OF_DOCUMENT_TOKEN_TO_BE_REPLACED

Ainesh learns cushion counselling from his eccentric lecturer Sean. After Emma Jane’s flirtation makes him run for the safety of his cinema books, Stillman hassles him about getting a job. Ainesh starts to realise the course might be more than he bargained for when a puppet role-play goes out of control. Ainesh goes house hunting, barely resisting the advances of an older lady, and just avoiding baptism by an over-enthusiastic priest. A mysterious dog saves the day. Dragged clubbing by his classmate Sally, Ainesh runs into Emma Jane, but before he can romance her she meets his much cooler motorbike-riding cousin, Krishna.

Ainesh Sharma is sacked from his minimum wage job for being a smart aleck, and is placed by the social welfare department in a course called ‘Choosing Therapy’ – a radical form of psychotherapy which teaches that everything in life is our choice. The course proves to be quite the indoctrination. Ainesh is befriended by two mysterious classmates, Stillman and Emma Jane.